Since I had so much fun with the subversive style of writing dialogue without quotation marks in the first edition of “The Upsurge,” I decided to follow suit in the second edition of this adult novel.
I have also greatly added to an existing chapter (from the first edition), and I’ve also added an entirely new chapter-complete with new characters.

Yours in fun-filled dark delight, 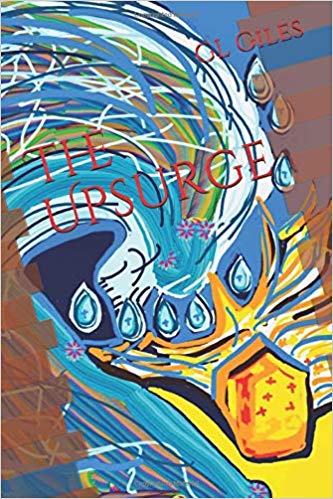 P.S. Some rather freakish trivia: The first edition of “The Upsurge” was published on September 16, 2018-complete with my fictional Hurricane Willa-and a little over a month later (in October 2018), real-life Hurricane Willa made landfall in Mexico.

Please report any cyberbullying (regarding me and my family-or anyone for that matter, as it’s a cowardly act) to the social media sites where it’s occurring and please get a screenshot of the cyberbullying to me. For those who don’t have my email addy yet, you can contact me at this one:  GLGiles525@gmail.com

Thank you so much. I certainly appreciate your bravery as Upstanders and loyalty!

P.S. I’ve had a criminal stalker who has used my former email addresses for dating apps, et cetera (pretending to be me—major fraud involved), so know that this email address (above) is only for emailing me to report the cyberbullying or you’re not talking to me. You’d be talking to a criminal.

Thanks again! So appreciated! ❤

“Fetish Factory” (“Cabaret of the Dead”) delivers what is titled-and then some! Pin-up vixens perform acts on stage to an enamored group of paying customers in this sexy zom-com (zomedy). However, just because this feature film is visually appealing doesn’t mean that there aren’t some deeper messages (which, thankfully, don’t disrupt the aesthetic flow). For example:  a darkly delightful twist near the end, where surreptitious survival is involved, supports sexual equality, in a sense, and there’s an anti-ageism vibe throughout as well.  One of the femme fatales who stands out is Irma (played by Diane Ayala Goldner). Her sexy stand-up comedy keeps the audience captive alright! Unfortunately for the performers and patrons alike who’ve gathered for the risqué entertainment, a zombie outbreak has transpired. Safely inside the American Queen Anne-style house, at least for some time, the erotic group gathered has no idea that zombies are shambling outside. I consider these zombies retro-fetch, as they are awesome because they remind me of the zombies from one of my favorite zombie flicks:  “Night of the Comet.”

In addition, the title doesn’t just point to the human fetishists gathered. Fetishism is also represented in the creepy broken-faced doll, the mannequin, the red shoes and even the house itself-all which greatly add to the visually menacing atmosphere. Stellar auditory ambience is delivered through the music of Mars Homeworld and The Ventures.

This artistically inclined movie proves that you don’t have to have a huge budget to make an impressive film. This would be so much fun to show at a Halloween Soirée!